You are here: Home › Blog › Question about exporting STL file with Inventor Fusion
By Video-Tutorials.Net on August 23, 2014 in News, Support

Question from an Inventor Fusion user – Would you know how to export an STL file with decent resolution from Inventor Fusion 2013? With your help, I managed to finish my project in a timely manner, only to export a VERY crude stl file. Creating a different project with Fusion360, I was able to export clean stl’s. I much prefer to work in Fusion 2013.
Answer:Inventor Fusion was a BETA product bundled with AutoDesk/autoCAD, and had pretty limited functionality. It was replaced for the 2014 release with the better functioning Fusion 360. Generally if you try to to export even a part as small as 100 components to an STL, this would cause Fusion to crash…Mac users had even less functionality with the STL files, both for import and export. Sometimes the units are not properly sized when exported to STL; one workaround is to export to IGS, import into FreeCAD or AutoCAD, and then export as an STL for the sizing to be preserved.
(What’s an STL file? STL (STereoLithography) is a file format native to the stereolithography CAD software created by 3D Systems. STL is also known as Standard Tessellation Language. This file format is supported by many other software packages; it is widely used for rapid prototyping and computer-aided manufacturing.)
By the way, if you’re still using Inventor Fusion, please check out our video tutorial course this software here: Inventor Fusion Video Tutorials>>
Thanks! Rosanna D, VTN – www.video-tutorials.net 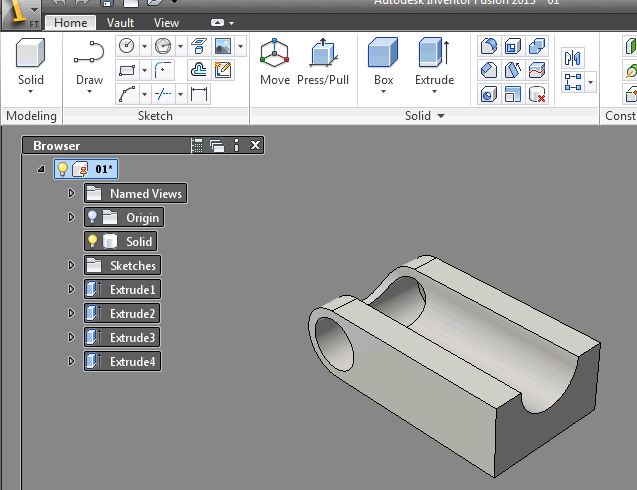